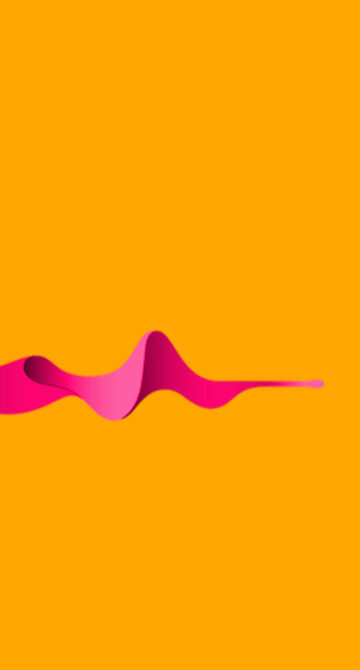 Clubhouse: The new kid on the block

When you think about social media, you might assume we’ve got our networking needs pretty well covered, thanks to Facebook, Instagram, Twitter, Pinterest, LinkedIn, YouTube, Snapchat, TikTok, Reddit...I could go on. But apparently not. Because Clubhouse is the latest app to come out of Silicon Valley, and it’s got A LOT of people talking...literally!

Well, put simply, Clubhouse is kind of like a giant podcast discussion, where audience members can actually participate. While Facebook focuses on faces, Instagram on pictures and Twitter on words, etc. Clubhouse is all about audio. It’s a drop-in, audio chat social networking app.

The brainchild of social media entrepreneur Paul Davison and software engineer Rohan Seth, Clubhouse focuses on dialogue and connection, rather than likes and followers. It allows users to participate in conversations with friends or complete strangers, or start their own audio only ‘rooms’ where they can take to the stage and talk about... well...anything.

In essence, it’s social media, but simplified. There’s no need to stare at the screen or worry about what you look like. It allows people to share stories and ideas and connect, just by using their voice. Which, after a year packed with endless Zoom calls, I’m sure many people will appreciate - I know I do!

As its name suggests, Clubhouse is quite literally a club - right now, at least. It’s a members-only app, which means you have to be invited by a current user to create an account. And at the moment, those users are somewhat limited. Around 2 million people are currently using Clubhouse, including yours truly, which might seem like a lot. But when you compare that to Facebook’s 2.8 billion users, it is just a drop in the ocean.

The app is in a beta testing phase, meaning it’s not yet available to the general public. It’s also only currently available on iPhone right now...sorry Android users!

Clubhouse has a long way to go, but since it’s launch last year, it’s attracted some major buzz from venture capitalists and celebrities including Oprah Winfrey, Kanye West, Jared Leto, Drake and Elon Musk. So much so, in fact, that Clubhouse has recently been valued at a massive $1 billion, officially granting it ‘Unicorn’ status.

With all this hype, and the chance to rub shoulders with the rich and famous, I think it’s safe to say that it won’t take long for Clubhouse to become mainstream, and compete with the other tech giants in Silicon Valley.

Despite still being in its infancy, Clubhouse is already full of interesting conversations. The media has reported on meditation rooms, blind dating, sports commentating and movie debates. Celebrity rooms have been reported far and wide, including Elon Musk’s Clubhouse debut, where he discussed everything from cryptocurrency to how long he thinks it’ll take for humans to make it to Mars. Of course the richest man on the planet got an invite!

So far, I’ve come across a variety of different conversations, ranging from language tutoring to fitness to parenting to project management to new business advice . Just this morning I dropped in on a club dubbed ‘Breakfast for Winners’ (what can I say, I like to stay my day right). And this really is just the tip of the iceberg. I have no doubt that Clubhouse will become a huge platform in the employer branding and recruitment space.

As a user, you can simply drop into a ‘room’ (aka a conversation) as a member of the audience or you can participate, and you can host your own rooms too. And once you’ve hosted three rooms, you’ll be able to create your own ‘club’ - a community of people interested in your ideas. Here at WeLove9am, we definitely have a few of our own ideas up our sleeves...

What does it mean for businesses?

Clubhouse has huge potential - the possibilities are quite literally endless. Whatever you want to talk about, you can talk about, or you can join in a conversation about anything you’re interested in.

There are a wealth of opportunities for organisations to take advantage of - networking, virtual events, content creation. Business leaders can position themselves as experts in their field by becoming panellists in groundbreaking discussions or creating their own communities.

This extends to employer branding too. If you’re an employee of a huge company with thousands of employees, imagine being given the chance to have spirited conversations with your CEO or other executives. Or, as a CEO, you could give your teams an alternative platform to chat and collaborate, saving them from the dreaded Zoom fatigue. This could change the game for new employees in the remote working world, giving them a chance to jump into rooms with team members and colleagues, and get to know one another in an informal environment.

And could this have features for candidates looking for jobs? In the US, hundreds of thousands of people tuned in to listen to live auditions for the forthcoming US tour of Dreamgirls, so might we see a demand for interviews taking place on the Clubhouse app? Onboarding sessions too, maybe?

As far as I can see, candidate targeting won’t be possible on Clubhouse...yet. It isn’t obvious where people are from and it’s difficult to find out any more information other than what users write in their limited bio, but let’s not forget that Clubhouse is less than a year old. It’s taken the likes of Facebook and Twitter years to get to where they are today.

Clubhouse has already made a serious impact, but there’s so much more to come. Imagine what exciting opportunities lie ahead over the next few months. I can’t wait to see what they’ve got in store.

New to Clubhouse? Are you thinking about using this brand-spanking-new app to promote your employer brand? Let’s connect - follow me @dulcima.

Clubhouse has recently been valued at a massive $1 billion.