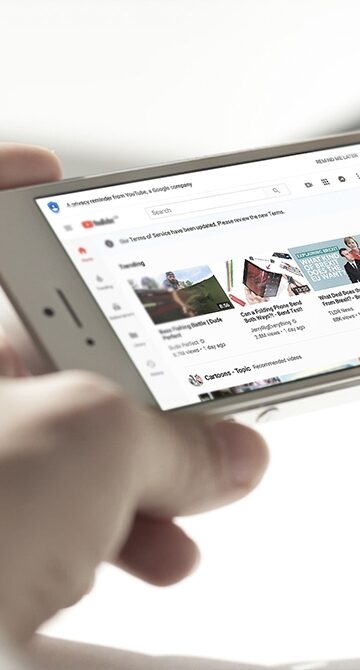 Generation Z - if it's not on YouTube, it's not happening!

We’re often told that those currently aged between 13 and 22 - the so-called Generation Z - are a very different breed from their predecessors.

So what are they like, and how would they be as employees?

The Gen Z attitude to life is much influenced by the fact they have never known life before the terrorism of 9/11, nor the financial crash of 2008.

And they were practically born with a phone in their tiny hands.

Currently, more than 95% of Gen Z own a smartphone. The favoured brand is iPhone, and almost a fifth of them believe 13 is a perfectly normal age to get your first handset.

More than a quarter of them are on their phones for more than ten hours a day. And nearly one in three admits to using their phone after midnight - not just sometimes, but every single night of the week.

So perhaps it’s not surprising that more than 30% say they suffer severe stress if they’re separated from their phones for even half an hour.

They use them mostly, of course, for social media. But this shouldn’t be seen as a blanket term. Their social media usage is itself very specific. It's YouTube that Gen Z use, and trust, far, far more than any previous generation. And when it comes to following brands, they would rather follow them on Instagram than Facebook, by some margin. In contrast, Millennials are almost the opposite in their use of these two platforms, using Facebook more than twice as much as Instagram.

Which could all be quite significant for recruiters.

It might just show that Gen Z have a shorter attention span, a more instant and visual way of reacting to things. After all, this younger generation has never known life without online dating and paying friends via an app.

But their behaviour does offer some important lessons for those looking to connect with the under-22s - and it’s not all about whizzy tech.

For one thing, Gen Z are very used to reading detailed reviews before making their purchasing decisions. More than two-thirds check a minimum of three reviews, and one in six reads more than nine! And they bring that same attitude across every part of life - including employment.

They also have a pattern of trusting, unquestioningly, those they have decided to trust. Almost half follow more than 10 influencers online and do so with unwavering loyalty.

And, importantly, they trust those around them, which is not surprising as they’re young and mostly live at home - they take a lot of advice from friends and family.

Alongside - yes, them again - YouTube. In fact, Gen Z say they believe and trust ads they see on YouTube far more than any they see on any other medium.

So it’s not surprising that their behaviour when it comes to researching jobs is also different from their predecessors.

While Millennials choose job boards as their first port of call, Gen Z go back to those around them, again, their friends and family. They’re also more likely to check a company’s career site and read case studies and reviews before looking at the job boards - unlike Millennials who are the other way around. And they are more likely to do that research in the middle of the night than in working hours - and may very well want answers to questions there and then.

And then, having found a job that interests them, where is it that Gen Z head for, to do their research? Yes, you guessed it - straight back to YouTube.

Before Instagram, which is close behind, Gen Z go back to their most trusted medium to research their potential employer - and only around a third head for Facebook, LinkedIn or Twitter - far fewer than their older counterparts.

We've seen they're digitally connected, stay up half the night, share everything, are trusting and loyal, and we read they're influenced by social justice and environmental good. So is it time to rethink our strategy for attracting the attention of these bright young things, and then keeping them on side?

Along with being aware of the power of YouTube, you must keep the application process mobile, seamless and below 15 minutes, or you’ll lose them.

And they want you to keep communicating, however fleetingly, to tell them how they're doing, at least once a day. Or, again, you’ll lose them.

And make sure your technology is cutting edge, and your ethics are impeccable, and you actively manage your employer brand - or you’ll lose them.

Stay on top of all that and you'll have an interesting and switched-on young workforce loyal to your employer brand.

a very different breed from their predecessors