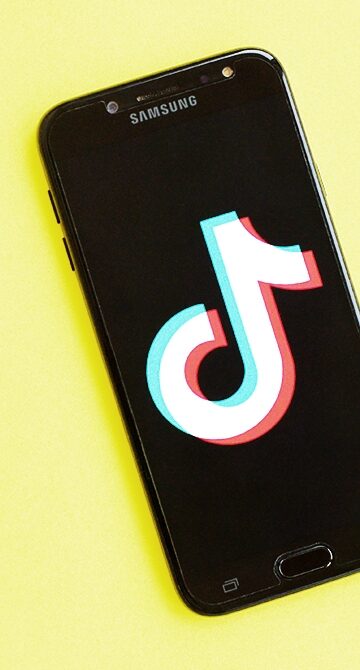 Is TikTok the future of employer branding?

As a social media platform, TikTok has had a meteoric rise in popularity. From its beginnings in China, the app started gaining popularity in the US after it merged with the predominantly music and lip sync based app Musical.ly in 2018. Since then, it has gained momentum across Europe, the UK and the rest of the world. Audiences flock to the app to entertain and be entertained. TikTok says some of it’s most popular videos from last year are elephant toothpaste, banana surgery and a dancing cat. But what’s the relevance of TikTok for employer branding?

TikTok provides a platform to engage with an active Gen Z audience, but content needs to be hugely creative to gain their attention. There are brands doing this well. Dave Jorgenson is the face of The Washington Post TikTok account, which gives a behind-the-scenes look at life in The Washington Post offices, with a healthy dose of satire. But while this seems to do wonders for their engagement with younger audiences, their goal is to draw in new readers, not recruit them. That, and creating just one TikTok can take Jorgenson up to 4 hours. Who has that kind of time on their hands?

As Vine (RIP) creators discovered previously, nobody really cared about 6 second snippets of their everyday lives. Users got creative, pushing the boundaries of what could be achieved within each loop. From increasingly ambitious pranks to stop motion animations, the most popular users spent huge amounts of time and effort on their content. And while it paid off in audience numbers and views, it never became profitable for its users or its owners. Advertising on Vine never materialised. As competitors like Snapchat and Instagram innovated and evolved for users and marketers, Vine got left behind, and ultimately folded after just 4 years.

Unlike Vine, TikTok does allow advertising. You can create branded content and target it to a relevant audience. But there are questions over ethics. TikTok’s parent company ByteDance have links to the Chinese government, which has raised issues around both data usage and censorship on the platform, especially in the US. So although TikTok allows you to show targeted audiences entertaining, relatable snapshots of what it’s like to work within your business, creating the kind of standout content the platform demands is time consuming, and their use of data is questionable. And if Vine is anything to go by, TikTok’s popularity could end up being just as short lived.

So is TikTok the future of employer branding? Probably not. By all means, you can use it to engage with that tricky Gen Z audience, but TikTok alone can’t revolutionise your company’s story, or your recruitment process. The real investment needs to go into discovering what’s unique about you, then crafting the message you’re putting out to your audience. Not putting all the focus on the delivery service you’re using to get it to them.

Do you like this stuff? Then why not subscribe below and we’ll deliver it fresh to your inbox.

TikTok does allow advertising. You can create branded content and target it to a relevant audience.