The power of peer accountability

I can tell you my answer straight off the bat. Because if you do happen to compare the two, peer-to-peer accountability will win every time.

When people feel accountable to their peers, they make sure to do their part. They contribute. Because if they don’t, the whole group might fail.

You can certainly see this in social groups - friends don’t want to let each other down. But it applies in the workplace too. Peer-to-peer accountability will always be more effective than a single leader taking responsibility for holding every individual to account.

It’s vitally important within organisations. The bottom line is that your business will suffer if peers - team members - fail to hold each other accountable for their actions.

When one employee or even a group isn’t pulling their weight and no one holds them accountable, resentment begins to build. It might not be apparent straight away, but over time, backstabbing sets in, time is wasted focusing on the stuff that’s not getting done and talented people get fed up. And yes, you will lose people.

So peer accountability really does matter. I’m not standing on my soap box for nothing. It matters. But it’s also one of the most challenging behaviours for teams to master. And that’s because challenging other people about their performance doesn’t sit comfortably with most people.

Look, I totally get it. You don’t want to call someone out and offend them, create conflict or disrupt anyone’s day. Most people have little to know experience of doing it, especially in a professional sense, anyway. It’s tough, and those fears are legitimate. When people feel under attack, they have a tendency to get defensive, which can be damaging to the relationship. The whole situation can quickly become a blame game if it’s not done right, or it doesn’t come from the right place.

Teams have to put in the work first. Getting to a place where team members can hold each other accountable is only possibly once they have the right foundation - once they have established trust, learned how to engage in healthy conflict and practiced commitment.

Trust is the most important building block here. It’s vital for team members to trust that by holding each other accountable, there’s only positive intent. There’s no alternative agenda or attempt to harm. It does take practice and there are pitfalls to be negotiated along the way. But like any relationship, you have to put in the work.

Team members need to be having open, honest and empathetic conversations to allow them to hold each other accountable, and to ask for help when they need it. And these conversations need to happen as soon as an individual or a group of individuals fail to hit the mark, rather than waiting for the next team meeting. Colleagues need to be able to let one another know how their performance or behaviour is impacting the team as a whole, and preventing the team from reaching its goal.

It’s not about blame, it’s about lowering your guard and building trust. It’s about becoming comfortable with the uncomfortable. It’s about staying focused.

It’s only by holding each other accountable that team members can really push each other, drive projects forward and achieve the best and most positive outcome for their organisation, all in the knowledge that they did it together.

How do you encourage peer-to-peer accountability within your organisation? If you’ve got some fresh ideas, I’d love to chat. Let’s connect - you can find me on LinkedIn or Twitter.

It’s only by holding each other accountable that team members can really push each other. 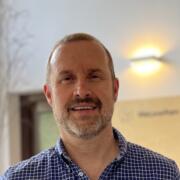 BACK TO BLOG
It’s only by holding each other accountable that team members can really push each other.

If you liked that, you’ll love these…